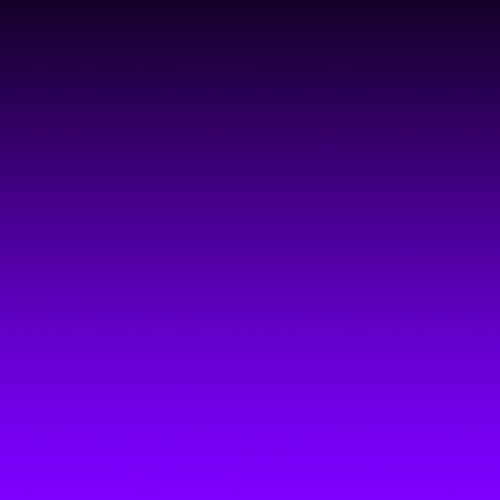 Still not done? You promised!

Yeah, I did. I even alluded to not hitting it in the last post. I haven't. But damn am I getting close.

So. Some real updates:

I also know that v3 has gotten twitchy in Big Sur and you can't directly edit transactions in the ledger (though you should be able to in the right pane), and that's on my to-do list to fix to. There's just not enough hours in the day, but it's also on the list.

As always, thanks for the patience. Happy New Year! And I'll keep you all posted.

Still not done? Come on man, it's been years.

But...I'm really tired of v3. I mean, it's great and awesome and all. But geez. There's so much stuff it can't do, there's so much stuff it does incredibly slowly. You can crash it. It can be a pain in the butt. I just haven't hated it enough to really ensure that I get v4 out. I'm not 100% convinced I even hate it enough to fix it all now, so I'm taking out my hatred of other things on it.

So my goal is to get v4 out on the day after Christmas. Yes, this year. Yes, hold me to it.

No, I'm not going to hit it. Well, I might. I dunno. But there is history here. I wouldn't believe me either.

But I'm at least gonna get out a beta of it. It's just been too long.

Why only a beta? I'm not confident I'm going to get this ancient website overhauled by then. Or have the iPhone version complete. Or synchronization. Or get the migration utility from v3 -> v4 running fully. Or recorded all the new tutorial videos. There's a lot of tertiary work to do.

But something functional by then? Damn I sure hope so.

Annoyingly, everyone knows the answer to that. But - I've got a lot of traction on it.

Since I started designing this upgrade years ago, the world has changed a few times. Think about it - Debtinator v1 came out in June 2004. Youtube didn't exi st back then. v2 came out in January 2007, when the iPhone was only 6 months old. Android wasn't released until September 2008. v3 came out in May 2009, beating the Mac App Store by a year and a half. In short, a lot of stuff has changed over the years. And the oldest bits of Debtinator are old.

And over time I've worked on building a traditional app in Objective-C, a more modern app in Swift, and an even MORE modern app in Swift using Storyboards. A nd...I've made progress on all of them. But nothing ever got finished. The tools were okay, but not amazing. And at the end of the day, I was only targetting on e platform. And a really small platform at that. And sure, with the modern tech I could probably have gotten out a Mac and an iOS version around the same time, but still.

So I wholed up for a while and really really thought about what I wanted to release and the direction I wanted to go and what I wanted to do with the app. And the truth is that it really needs to be cross-platform. And it's not like the old days where "cross platform" meant Windows and the Mac as an after thought. Nowadays we really need versions on our phones, tablets, PCs, and Macintoshes. That's a lot to support.

But the market? The market is vast. Everybody's got debt. And honestly, as Mac users we tend to be in the best shape financially already. If you're only using an old PC or your mid-range Android phone and don't know how to dig out of it, then you really need help. I want to provide that help.

So where's v4 going? Everywhere. I want everyone to use it. And the design goal is the same - I want to model everything. And I want it to be fast. Super fast. I'm a heavy Debtinator user, and my file has about 15,000 transactions in it. It is dog slow to add something new to it. It's dog slow just to load and display it. And there are situations in my financial life that I can't properly model. I'm super frustrated.

But. I also have traction. Good traction. Finally.

My plan is to have at least the beta of v4 out before the end of the year. Hopefully I'll send up a few screenshots before then. I've also got this ancient website to overhaul in the meantime. There's a lot of work.

But there is a lot of work going on. v3 bogs down around 12,000 transactions for me? v4 is still screamingly fast with 12,000,000. Driving you nuts that you can't fund a budget if it's not out of an Income source directly? Me too. That's getting fixed. Want more granular control to pay bills from different budgets and keep your extra money for them sitting in an explicit Utilities budget? That's there. Expenses that change over time, so you can budget that you expect your electricity bill to go up by 5% annually? You got it.

And all in a package that you can sync between your phone, tablet, Mac, and PC.

Again, I apologize for the excessive and repeated delays. I'm still excited about v4, and hopefully you all are too. :-)

Sigh. Frustratingly, no. I hope to post some screenshots of the blasted thing in the next couple of weeks, though. Not that screenshots of a financial app are that exciting, mind you, but at least it's something to look at, right?

So back in the Spring I decided to change directions on the app and toss out the older code using the older technologies and move to Apple's fancy new stuff. This is a lot of short term growing pain, but the long term benefit is going to be good. I figure if I end up delaying the v4 release for a few more months and put out something with cutting edge technology that the code base will last me longer. The risk was that if I finished up and sent out the version I'd been working on with the older technology that I'd run into another brick wall the way I had with the old code and go on another multi-year hiatus. I don't want to do that.

That said, new tech is always a pain in the ass. Apple's tech, especially, can be frustrating, since so much of their stuff seems to be 4 steps forward, 1 step back. So I discovered that I can do a HUGE number of things automatically that previously used to take me all sorts of extra glue coding that didn't have anything to do with the app. Big plus, and I should move to new tech, right? Well, yeah, but while working on it I discovered that a whole bunch of things that used to be trivially simple to do are now nebulous quasi-solved problems. So that's the one step back part and it's bogged me down a lot more than my initial enthusiasm was hoping.

I'm also tired of putting out beta releases, and it became pretty obvious that I wasn't going to hit 10/10 with a final v4 release, so I spun back around to the old v3 code and started fixing things to bring it up to modern standards. I think I got it all happy with the App Store and released 3.4.7 today.

Assuming Apple doesn't have any issue with it, it should make its way into the app store within the next week or so. It operates similarly to the beta - it plays nicely with Yosemite and El Capitan, but it can't open very old data files. For most people, this won't be an issue. If you have an old data file and need to upgrade your app and your OS at the same time, you can just send it to me and I should be able to migrate it for you. Maintaining 11 years worth of file history sure is a nuisance...

For the non-app store users, 3.4.7 is available for you too - just hit the big download button in the upper right.

And that's where we're at. If Apple has any issues with 3.4.7 in the App Store, I'll circle back in here and put out another patched beta. Otherwise, I'm going back to work on v4.

Testimonials
your support is second to none, no obvious forums etc. but when I email Jim a question I'm amazed at how quickly he responds. Thanks again for a great app, and your support.
-John W.